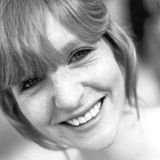 by Solvejg Hoffmann
If you constantly play on your smartphone and keep an eye on the television at the same time, you are doing your own memory a disservice. This is shown by results from Stanford University

Watching Netflix and at the same time following the latest chat history on the smartphone - for many people this is now part of everyday life. We are kept informed of everything almost continuously through push notifications and news feeds - whether we want to or not.

For years, however, experts have been warning of the consequences of the flood of information to which we are exposed in the digital age from mobile devices. We seem to overwhelm our brain, the result of a hundred thousand years of evolution. We are stressed faster, can no longer prioritize correctly and are more prone to errors.

Researchers from the psychology department at Stanford University confirm this assumption and even go a step further: As the scientists report in the journal "Nature", media multitasking seems to be bad for our memory and memory.

Pupillary reaction provides information about a decrease in performance

For his study, Kevin P. Madore's team of scientists carried out memory exercises with 80 test persons between the ages of 18 and 26 years. The researchers showed the study participants object images on a computer screen.

After a ten-minute break, they again saw images of objects on the screen. Now the participants were asked to judge whether they had seen these images shortly before or not.

The researchers also tested the participants' attentiveness and concentration by examining how well they were able to recognize the gradual change in an image.

The result: those test persons who had previously stated in interviews that they do media multitasking very intensively - that is, consuming several media at the same time - did worse in the memory exercises than the rest of them.They forgot the images more quickly.

Data from the EEG and the eye tracker confirmed this and showed that the poorly performing study participants also did their task less attentively. Certain brain activity patterns related to episodic memory were not as pronounced and the pupils also reacted less strongly during the exercises.

Just recently, a study by the Max Planck Institute for Psychiatry found something similar. The researchers measured the pupillary response of depressed patients with eye trackers and came to the conclusion that people who suffer from listlessness show a less large pupillary response.

However, the research team at Stanford University emphasizes that the findings that they made in the course of their study with the help of the data collected are initially purely correlations. So that it has not been proven that media multitasking actually disturbs the ability to pay attention and leads to greater forgetfulness.

Because it would also be conceivable that people with attention disorders tend to be more distracted by digital media. The scientists therefore want to carry out further investigations.