How can you Calculate zeros? This is exactly what we'll look at in the next few sections. The following content is offered:

First I will explain very briefly what zeros are. Then it is about which types of functions or equations there are and which method can be used to calculate the zeros of these. Among other things, you will get to know the PQ formula, the midnight formula and the polynomial division. If you have problems with the content, you may be missing a few important prior knowledge: In this case, please deal with the topics of solving equations and drawing functions.

Before we look at calculating zeros, the following question should be answered: What are zeros? Well, the mathematical description is: a number x0 is called the zero of f if f (x0) = 0. Sounds complicated, doesn't it? So let's take a clearer path. You can plot functions or equations in a coordinate system. This is shown in blue in the next graphic. If you follow its course, you can see that there is a point where it runs through the x-axis. Right here we have the zero (drawn in red). And - look again at the graphic - this is exactly where y = 0. 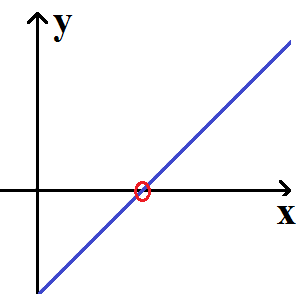 A function or equation can of course have more than one zero. This can be seen in the next graphic, where we see a quadratic equation / function that has two zeros (circled in red). 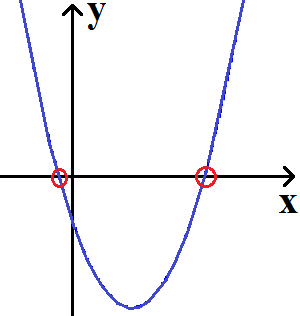 How can one calculate zeros? To do this, let's look at numerous examples and corresponding formulas here. The plan looks like this:

How to calculate zeros:

It doesn't help: we now have to look at what types of equations or functions there are. So that we can then decide which solution method we can use.

Start with linear equations or linear functions. These have the form: 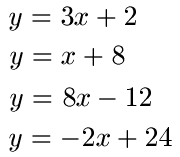 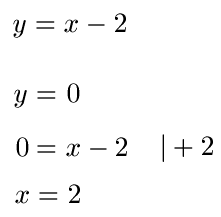 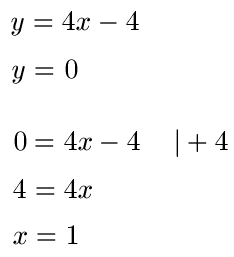 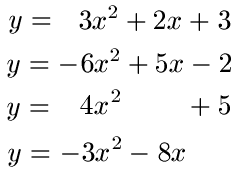 We now know what quadratic equations are. Just how do you solve this? There are two common methods for doing this. On the one hand there is the PQ formula. On the other hand, there is the ABC formula, which is sometimes also called the midnight formula. With the PQ formula or ABC formula, quadratic functions can be solved (relatively easily). So that you can see how this works, I calculate the task 3x2 + 9x + 5 = - 1 with both variants.

Before we can use the PQ formula, you should of course first know what the PQ formula actually looks like. In order to be able to use this one must first ensure that before x2 a 1 stands and the equation is brought to the form with = 0. Then you can read off p and q and simply insert them. First the solution equation, then the example.

Do you need more examples and explanations for the PQ formula? Then have a look at our article PQ formula.

As you can see: PQ formula and ABC formula give the same results.

Polynomial division is made up of two words: polynomial and division. You already know divisions from elementary school, for example 6 divided by 2 is a division. Or a fraction with numerator and denominator represents a division. Are we still missing a polynomial: A polynomial is a sum of multiples of powers with natural-number exponents of a variable, which in most cases is denoted by x.

With the polynomial division, we divide two polynomials by one another. The procedure for calculating zeros looks like this:

First we write this task down:

Now we have to start calculating. This works in such a way that we first have to perform a division. We first calculate x here3 : x. An x is shortened, i.e. x3 : x = x2.

Now let's subtract as follows and get -5x2.

We now pull the -x down from above:

And again we subtract (see red box in the next picture): 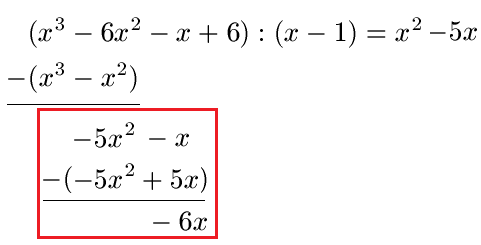 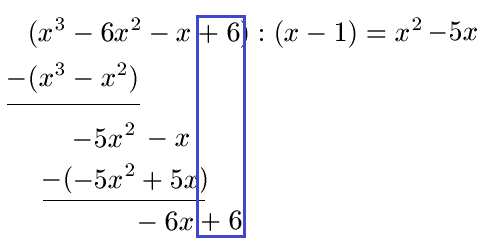 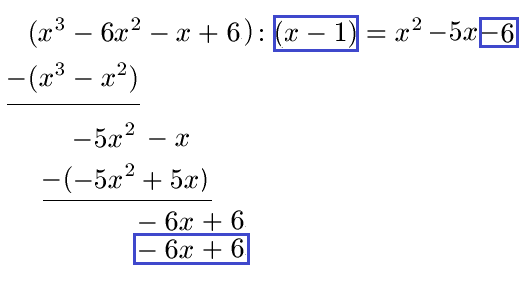 Now if we subtract, we see that the result is 0. And from above (counter) there is nothing more to pull down. 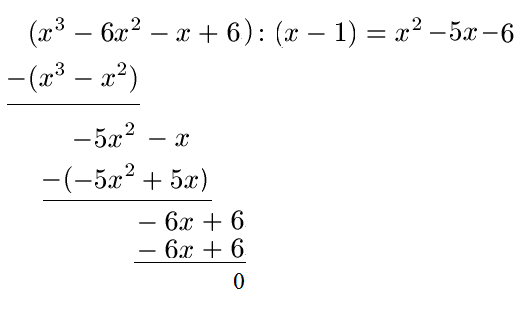 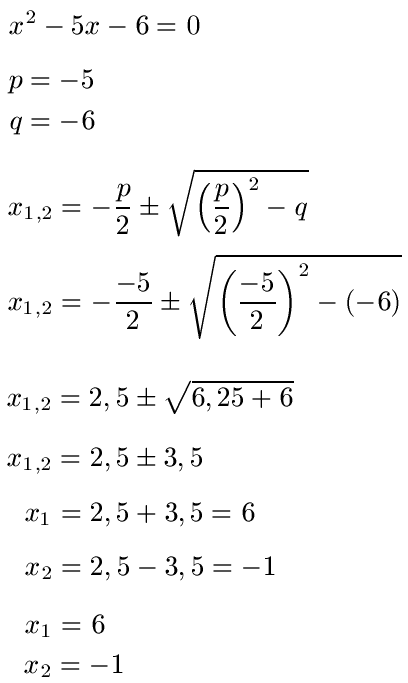 In the next video you can see how the PQ formula works. First of all, it is briefly explained what a quadratic equation / function is and which solution formula is then used. Corresponding examples are calculated.

In this section we look at typical questions about computing zeros. With appropriate answers.

Q: Should I use the PQ formula or the ABC formula for quadratic functions?

A: Both of them work. I myself find the PQ formula easier, but that's a matter of taste. Is in front of the x2 a 1, then the PQ formula is usually the easier variant. If you need further information on both types, you can also look into the article PQ formula or ABC formula (article will be written shortly and then also linked here).

Q: How do I find the zeros for sine and cosine functions?

A: Finding zeros in functions with sine or cosine is a separate topic. We deal with this in the article Zeroing Sine / Cosine.

Q: How can I practice this topic well?

A: In our article Calculating Zeros: Tasks / Exercises.