Should I adjust my guitar action

If the strings "buzz" while playing, they are not sufficiently far away from the fingerboard and are therefore too low. Many guitarists wrongly assume that the string position of a guitar that has a neck tensioning rod is only adjusted using this neck tensioning rod. But, as I said, this is the wrong approach. - In order to ensure that the strings are optimally positioned, the first step is to actually check the curvature of the guitar neck and adjust it if necessary (electric guitar, western guitar and electric bass). Then, however, in a second step, you take a closer look at the string position and adjust it using setting options that are independent of the neck tensioning rod.

1. Curvature of the neck

Guitars that are played with steel strings have a neck tensioning rod made of steel that is built into the guitar neck and strengthens it. The reason for this construction is the enormous tensile force that steel strings - in contrast to nylon strings - can develop.

Without the neck tensioning rod, the guitar neck (or the head end of the neck) would inevitably be pulled upwards or the neck would bend downwards - in an exaggerated "U-shape".

The adjustable steel neck tie rod was invented in the 1920s by an employee of Gibson Guitar Corporation. Due to the patent, other guitar manufacturers could only use the adjustable neck tensioning rod from the 1950s onwards.

The neck tension rod stabilizes the guitar neck on the one hand. On the other hand, it also offers the possibility of changing the curvature of the neck in a targeted manner. The following video shows exactly how a neck tie rod looks and works: 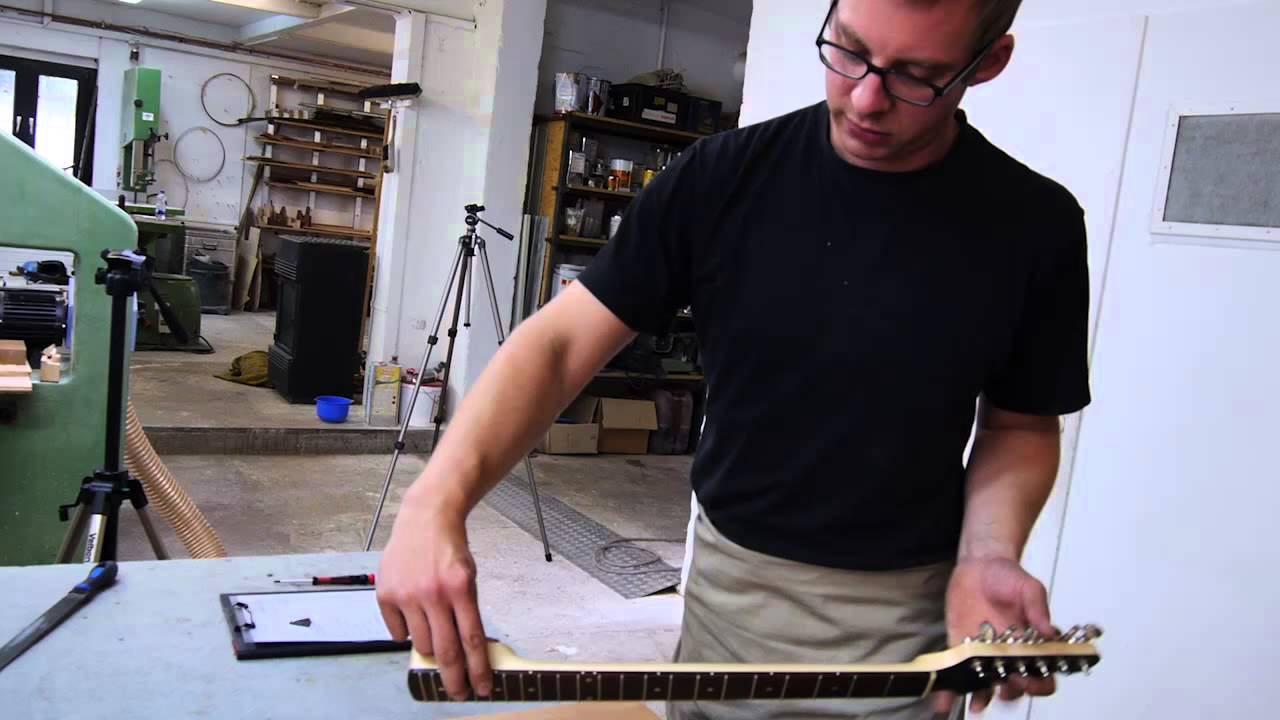 The truss rod - what is it?

The curve of the neck

Ideally, the neck should be almost straight, so the neck tensioning rod should balance out the tension of the steel strings as precisely as possible (= pretension). So that the strings have a small tolerance zone, the nuance of a curvature is optimal.

That means: the neck bends very, very slightly ("U-shaped") downwards, so that the strings have a little more room at the top. However, this is actually only a minimal, deliberate curvature. Targeted changes to the string position are made elsewhere.

The following procedure gives a clue for the mentioned "nuance" of the neck curvature: If you press a string down at the first and last fret, the string position at the 7th fret should be about 0.5 mm - this corresponds roughly to the thickness of a thin pick.

How is the curvature adjusted?

Usually there is an opening on the headstock of the guitar through which the curvature of the neck tensioning rod and thus the guitar neck can be influenced. With some guitars this opening is exposed, with others it is hidden behind a small cover plate, which is then unscrewed first. With western guitars, the access to the truss rod is often in the sound hole at the base of the neck.

When may it be necessary to adjust the curvature of the neck?

Changes to the tension of the neck tensioning rod are almost certainly necessary when changing strings using, for example, stronger strings than before. The tensile force of the new strings on the guitar neck differs from the tensile force exerted by the old strings, so the pretension must be adjusted correctly again.

There are guitar models in which the string height of individual strings on the bridge can be changed using the corresponding adjustment screws, in other models only the height of the bridge can be adjusted as a whole. Acoustic concert guitars are a special case. Very often there are no adjustment options, only the option of mechanically processing the bridge.

Which string position is correct?

For the correct position of the strings, it is not possible to give a general value. It varies depending on the guitar model, the string gauge used and, of course, personal preference. The following information is therefore only intended as a guide.

At the 12th fret, the distance between the lower and upper edge of the string should be roughly the following:

One speaks of "octave pure" when a string struck at the 12th fret sounds exactly one octave higher than the string struck empty. The octave purity of the electric guitar and the electric bass can be set using screws on the bridge: In conjunction with the saddles, they allow the scale length of the individual strings to be adjusted.

If the octave tone is too high, you turn the screw for the octave purity clockwise more tightly - the saddle moves "downwards" and the scale length, i.e. the length of the freely vibrating string between the bridge and saddle, is increased.

If the octave tone is too low, you loosen the screw for the octave purity counter-clockwise - the saddle moves forward and the scale length is shortened. 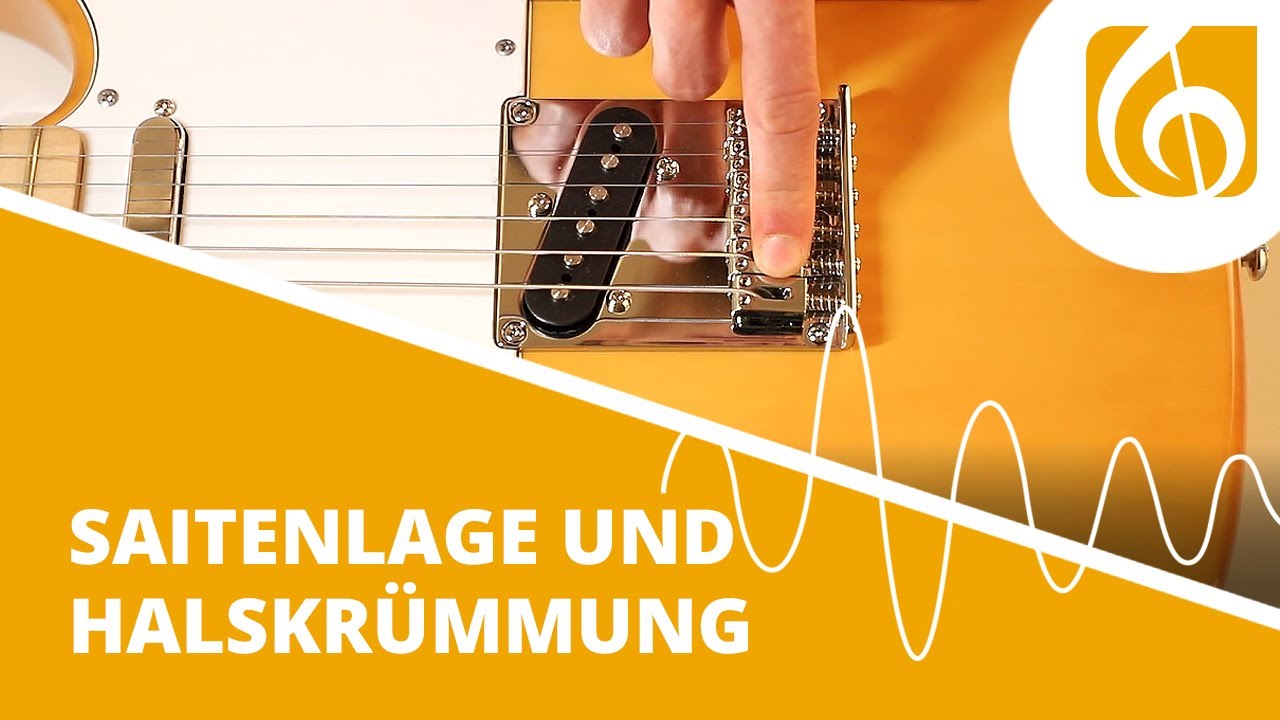 Adjustment of string position and neck curvature - made easy!

Neck screw
Adjustment device (thread) on the neck tensioning rod, via which the curvature of the rod and thus the neck can be influenced.

Action
Distance between the string and the frets or the fingerboard

Saddles
Device with which the length of a single string can be changed minimally.

preload
Curvature of the guitar neck or tension of the neck tensioning rod, which is necessary to compensate for the tensile force of the steel strings.