When will Finland join Russia?

For decades Finland has lived well with its military neutrality. It was practically a reason of state. The country in northeastern Europe, with its 1,300-kilometer-long border with the Soviet Union or Russia, had its western social system throughout the entire Cold War, it was sovereign and it had close economic ties with Russia. Joining the EU in 1995 was also no problem for Moscow. The Finns did not want to jeopardize the advantages of their position by provoking Moscow. Joining NATO would have been such a provocation. And from a Russian point of view it would still be today.

But since the Ukraine crisis and the Russian annexation of Crimea, Finnish consideration is over. The defense and foreign ministers of Finland and the other Nordic countries called the recent military activities of Russia on its borders and the numerous border violations "challenging". The Nordic countries, and especially the two neutral states Finland and Sweden, now want to work more closely together in the surveillance of the airspace, in the navy and in the exchange of intelligence information in order to protect themselves against possible Russian aggression.

Duty of assistance for members only 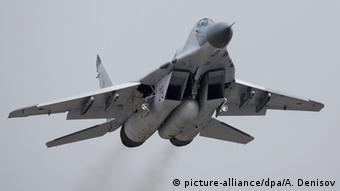 Frequent Russian airspace violations are cause for concern in Finland

But while Denmark, Norway and Iceland as NATO members can rely on the alliance solidarity of the other members - including the powerful USA - in an emergency, Sweden and Finland would ultimately be on their own. That should change, think leading politicians and the military in Finland. A year ago, almost two thirds of Finnish officers had spoken out in favor of joining NATO.

Some politicians see it similarly. But unlike the officers, they have to take into account the opinion of the public a few days before the election on Sunday. One should "not rule out NATO membership": This is how cautiously the conservative Finnish Prime Minister Alexander Stubb, one of the greatest supporters of NATO membership, expresses himself. Stubb knows that most Finns prefer to remain neutral. According to the latest survey in February, it was 57 percent - similar to August 2014.

Proud of your own independence

Nils Torvalds is a liberal Finnish MEP and author on Russia. In an interview with Deutsche Welle, he explains public opinion in his country with the pride of the Finns: "We were the only ones who fought against Russia in World War II and remained independent. We were never occupied. All the others were somehow or other occupied, including Germany. " And this pride is closely related to Finnish neutrality.

But the situation has changed. Torvalds predicts: "If Russia continues its aggressive agenda of the past four years, it will drive us into NATO membership." Torvalds doesn't even believe that Finland itself is threatened. It is more of a concern for Europe as a whole. "Even if we don't expect Finland to be in danger, we understand that there is growing unrest about Russia's future foreign policy."

The sanctions are hurting Finland too 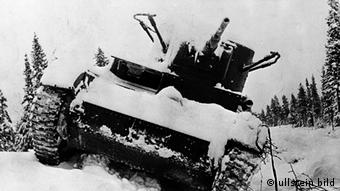 Finns pride themselves on defending their independence

Finland has been working with NATO since 1994 under the so-called Partnership for Peace Agreement and has participated in NATO-led missions such as Afghanistan, but joining would be something completely different. Although the issue is not yet on the political agenda, the Russian government has already cited these considerations as a cause for "very special concern". Stubb called the "saber rattling" and doesn't want to be put off by it. "No other country can veto decisions made by Finland," said the Prime Minister on Finnish radio.

But Finland is already feeling the conflict with Russia on a non-military level and without joining NATO. Due to its heavy trade with Russia, Finland is particularly affected by the EU sanctions against Russia. The convinced European Stubb still thinks the sanctions are right. But according to polls, he will lose the election - certainly not only because of his stance on NATO and sanctions issues, but probably because of that.

His challenger Juha Sipilä from the Center Party does not believe in rapprochement with NATO. He is in favor of a bilateral understanding with Moscow and thus also wants to make a contribution to solving the Finnish economic problems. However, MEP Nils Torvalds does not believe that joining NATO would seriously affect trade with Russia. Russia will protest violently, "but in the longer term we would return to normal relations".

The question of NATO membership does not arise either today or tomorrow in the face of popular resistance. But Torvalds sees things in flux: "Because of Russian behavior, nothing is stable in European security policy at the moment." Finnish neutrality, too, he believes, may end in a few years. Even pride in one's own story would not change that.