Max Marner, one of the two founders of the Brausturm Bierverlagsand Craft Beer Haendler from Hamburg, explains what makes the path of beer from the fermentation tank into the glass sometimes long and complicated.

What a nice old word for such a new business: beer publishing.
Brausturm Bierverlag.
Behind this are Max Marner and Ronald Siemsglüß (yes, related. Even fraternized with Simon Siemsglüß from the Buddelship Bauerei), a retail salesman, a business administrator and two hobby brewers, slash beer enthusiasts, slash craft beer lovers, who have been with Germany for some time Supply craft beer. Nordic craft beer in particular: Mikkeller, To Øl, Nøgne Ø and so on.
Based in Hamburg, Brausturm Bierverlag imports and distributes craft beer. Which is not an easy thing, as Max explains during a short coffee stop on a beer distribution tour through Berlin.

So what do you do as a beer publisher?

We are a specialist retailer for craft beer. We bring the beer from the brewery to beer shops, bars, online shops and classic supermarkets. For example, we buy directly from Mikkeller, hire a shipping company to collect the beer in Copenhagen and bring it to our warehouse in Hamburg. There the bottles are made marketable by correctly declaring them: deposit stickers, stickers with German ingredients, "distributed by ..." and so on. Then we deliver to our customers, who put together their delivery from different beers from our range.

Why do you mainly focus on foreign craft beer?

We have simply seen: On the wholesale side, there is hardly a retailer who thinks about the declaration and the deposit regulation and how the product can even be marketed in Germany. There is still a lot of need for regulation. Just the topic of canned beer, i.e. craft beer in cans with DPG labels. Until recently, no one had thought about it, with the exception of Fritz Wülfingder, who was the first to tackle the topic, as is so often the case! At the same time, it is still not easy to get really exotic beers in Germany and we use our contacts abroad to do this. We believe that German beer is good, but when it comes to more extravagant beer styles, German craft brewers can still learn something. The level in Denmark, Sweden and also in the USA is definitely much higher across the board. They are at a very high level when it comes to craft beer. Here in Germany, every brew that is brewed is still sold in many cases. Something is rarely thrown away because it didn't work out, because it has a fault, or it just doesn't taste good. 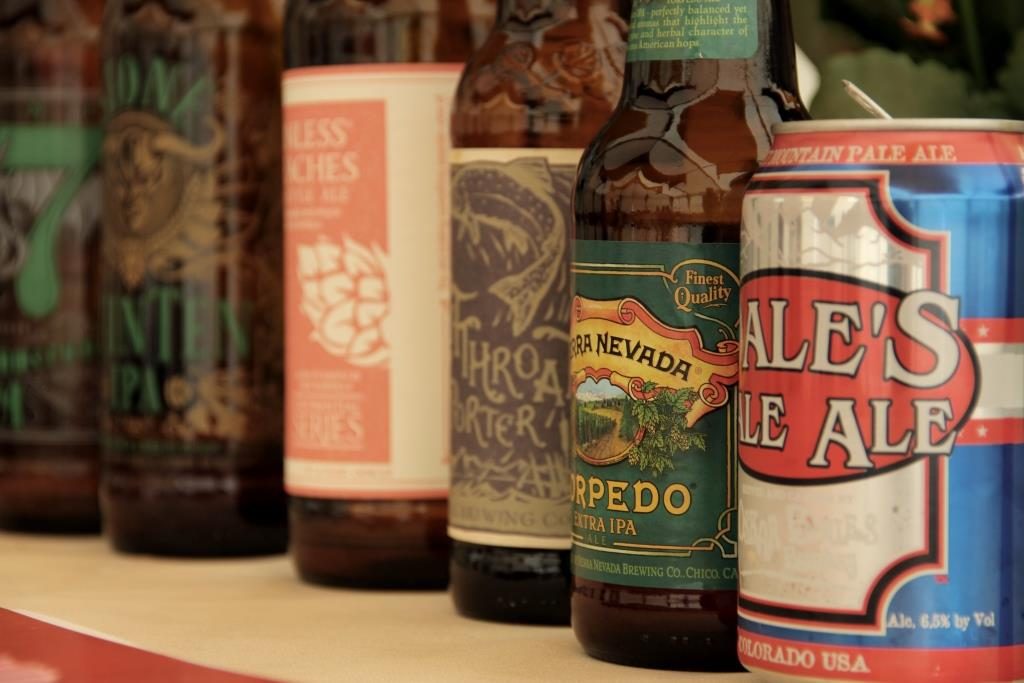 A long way gone: The best craft beers have often come the longest way. Which often puts the “best” into perspective, as the brewers think. (Photo: StP)

What are the biggest challenges as a craft beer dealer?

Number one quality and number two availability. A large part of the imported beer comes to Germany unrefrigerated. To be honest, that makes it pretty difficult to get really special beers that don't have minor flaws. Beers, in particular, do not benefit from warmth and movement by sea. In addition, a lot can go wrong on a long transport route. If you want to import rogue, for example, but cannot get fast sea transport in Oregon, the delivery must first be made by truck through the Nevada desert to Texas. Doesn't make the beer any better. That is why we primarily rely on craft beer from Denmark, Sweden, England and also Germany: simply because these are the shorter distances. Then we still have the problem of availability: The really good things are often really rare. We don't want the same beer that twenty other wholesalers have in their range. At some point someone starts pushing the price down, and that goes all the way to the brewery. That already happens in the craft beer online business. We want the extraordinary things - but getting them is not always easy. What you just notice abroad is that everyone has an eye on the German market and is interested in coming here. Every day we get two emails from breweries looking for a dealer to sell their beer in Germany.

Then how do you choose who to work with?

To a certain extent, these are personal contacts. And then there are brands where you can see that they have potential or that the question no longer arises. For example, if someone offered me a palette of Russian River, I would of course buy it. You always get rid of such a craft beer. In the beginning we were a little more conservative in choosing the breweries. We were still thinking about defining “craft” for ourselves, with things like that the brewers have to have their own brewery or only produce a certain output. At some point, however, we said that this was actually nonsense. You can't define it so rigidly, you have to look at the people and stories behind the beers. “Just Craft” is now written everywhere on it.

And on the other hand, the customer side? I understood the beer retailer. Who do you deliver to? Can / must / shouldn't craft beer be made more widely available from specialty stores?

We supply selected supermarkets in Hamburg and have had a craft beer shelf made for them. All the craft brewers standing on this Edeka shelf think it is good that they are there and that they are also made accessible to a wider audience. But this without price discussions and the usual game of wholesalers from reimbursement to WKZ and so on. We stand by the fact that craft beer does not face the same fate as industrial beer. It is likely that at some point there will also be craft beer in classic beverage wholesalers and large beverage markets. We are not shocked, however, because what we do cannot be presented by the beverage wholesalers: We have a basic range of 100 items, but the majority are specials that we announce every two weeks in a newsletter. The customers then call it up directly and after a few weeks everything is sold out again. A large beverage retailer cannot list items in and then unlisted again so quickly, that is too time-consuming to maintain and manage items and the quantities would not be of interest to the big players.

Nina Anika Klotz is a beer sommelier and freelance journalist in Berlin. She writes on food and drink topics for various specialist and consumer magazines, online and print media. Most often and most of all, however, she writes about good beer. In autumn 2013 she founded Germany's leading online magazine about good beer with Hopfenhelden. She is also the author of the book and beer guide "99x Craft Beer - The best beers that you have to try" (Christian Verlag, 2017).
<?