How do you say shower in Bengali 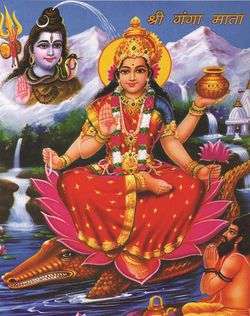 Image for the Bengali word Jarana: Ganga, the river Ganges, flows into the ocean in Bengal

For more translations of Bengali Jarana to German, see below

Video on the subject of shower Bengali translation Jarana

Bengali is an Indian language. India is the home of Ayurveda and Yoga. In Germany in particular, Bengali is known as one of the languages ​​commonly used for yoga thanks to yoga masters such as Ramakrishna Paramahamsa, Swami Vivekananda, Paramahamsa Yogananda and Shrila Prabhupada. Sanskrit is the most important yoga language. But there are yoga traditions that even recite and chant mantras in Bengali. Here you will find a video on the topics of yoga, meditation and Ayurveda, which doesn't have much to do with shower Bengali, but can be interesting.

Shower in other Indian languages

Here are a few links to articles that teach you how to say shower in other Indian languages:

Indian dictionaries here on the wiki

Links on the subject of yoga and meditation

The Bengali expression Jarana can be translated into German with a shower.