The following converter can be used for quick conversion:

There are even clocks that show the time in words:

If you wanted to purchase this, you would have to dig deep into your pocket for the designer watch on the left. The right one is more affordable. The language format used by the clocks is unknown.
By the way, speaking clocks are much cheaper and more common.

In the following the background of the different ways of speaking will be explained.

Explanation: Differences in the time with a quarter to and three quarters

How do times come like quarter to one or three quarters twelve?

In Austria and Switzerland it is sometimes also called in variations quarter over or quarter past twelveas wikipedia reports. 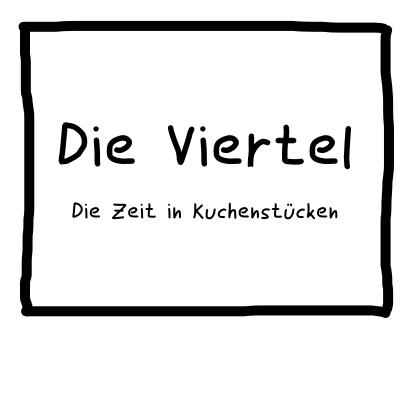 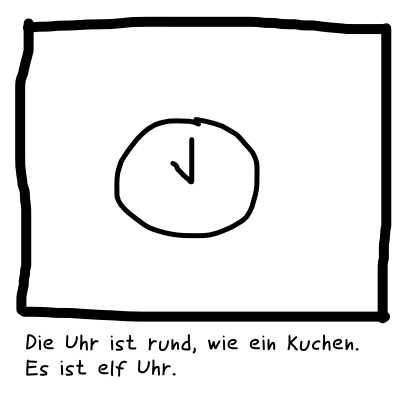 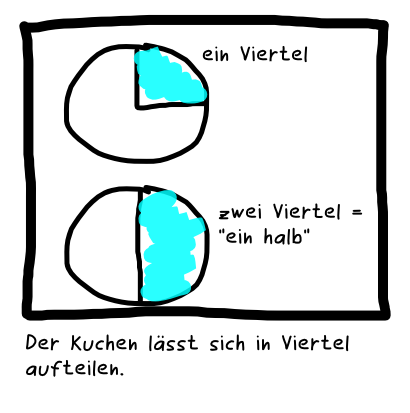 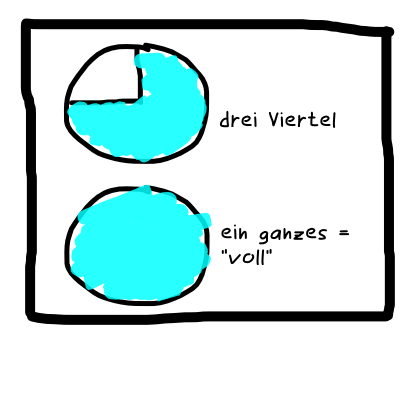 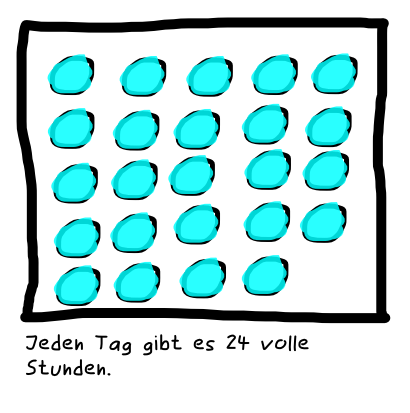 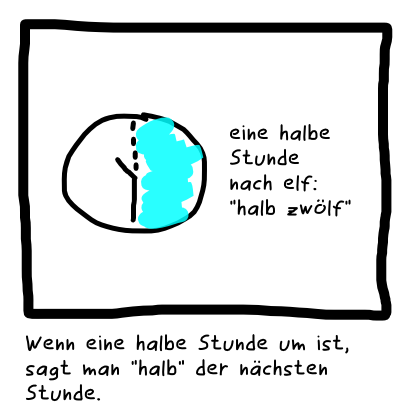 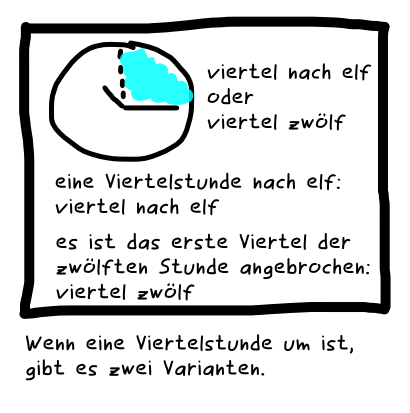 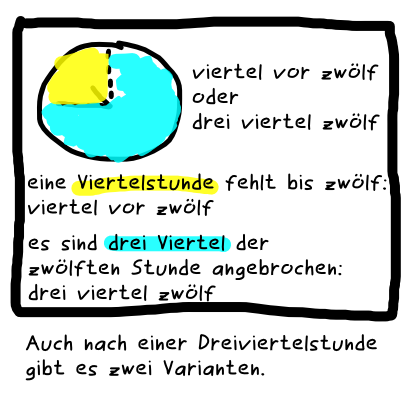 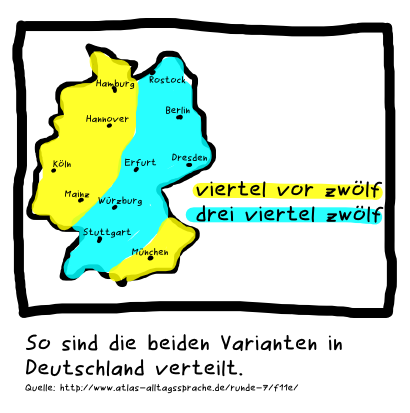 The whole thing is summarized here again in a tabular overview of an example.

A look at the literature shows that over a hundred years ago the pronunciation of the time was not uniform. Thomas Mann, who comes from Lübeck, used it in his novel in 1901 Buddenbrooks, for which he was awarded the Nobel Prize on November 12, 1929, the variant “quarter to”. Likewise, the Viennese Hugo Bettauer wrote in The city without Jews and the Fürther Bernhard Kellermann in The tunnel 1922 and 1913 “quarter to quarter”.

Jakob Wassermann, also from Fürth, used it in his stories The tropic - first episode (1920) first the variant “quarter to” and later the variant “three quarters” in The Tropic of Capricorn - Second Episode (1922). Robert Musil, who grew up in Steyr, mentions in his novel published in 1922 The confusions of the pupil Törless the time “three quarters”. Just like Gerhart Hauptmann from Obersalzbrunn in Railway attendant Thiel (1887) and Arthur Achleitner from Straubing in From Croatia (1920).

This is not an exhaustive list and it is not known whether the authors used the expressions themselves or just wrote them down. However, it shows how differently the time information used to be handled.

Times in other languages

In the Catalan language quarters are consistently counted. It doesn't say half past eleven there, but two quarters (of) twelve (dos quarts de dotze).

The following graphic gives an overview of what is quarter, half and three quarters or quarter past, half and quarter to. 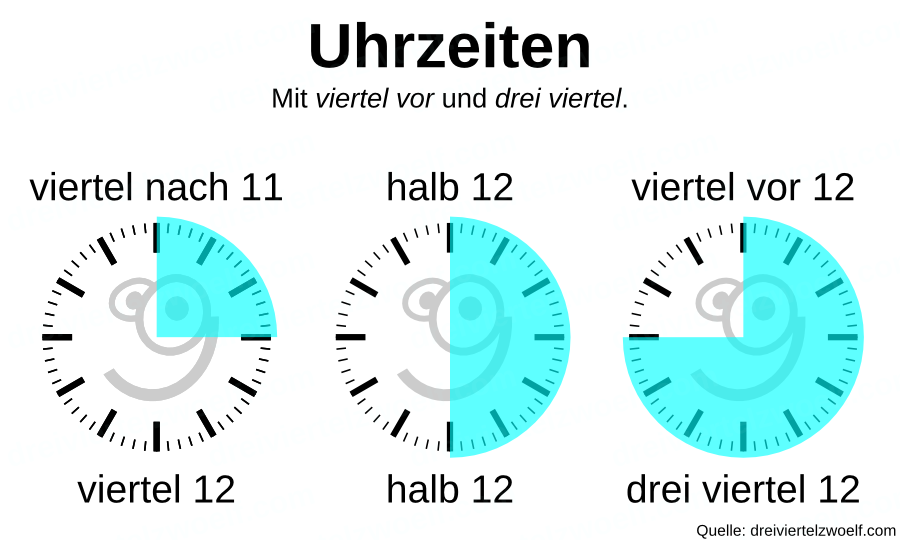 The explanation of the quarters at times. With quarter past, half and quarter to opposite quarter, half and three quarters.

In order to have an overview of the whole day, a table follows with all times in the speech styles à la three quarters of twelve or. quarter to one. This can also be downloaded as a PDF file of the time table. 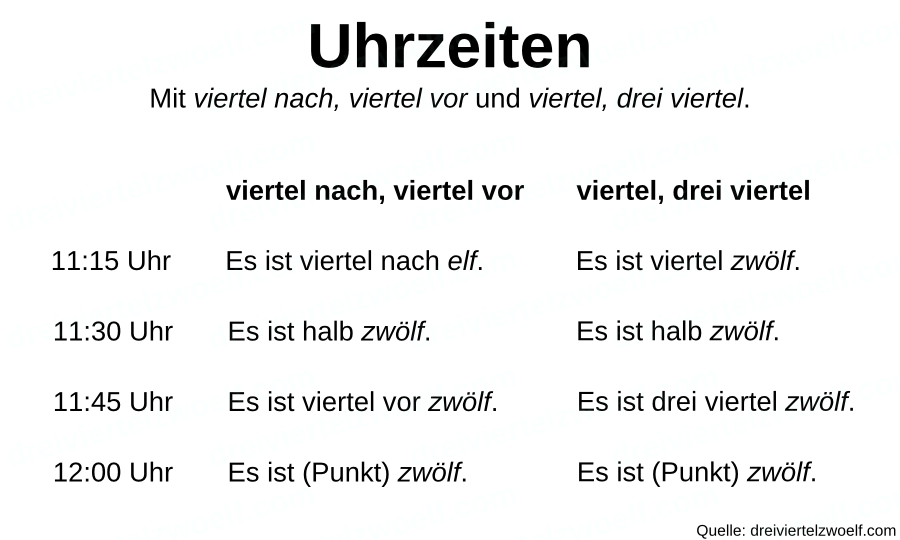