Why are CFC emissions increasing

The Jungfraujoch research station, high up in the Swiss Alps, around 3450 meters above sea level, seems to be balancing on its small rocky promontory. Five laboratories, a workshop, a library, a tiny kitchen plus ten bedrooms are available to the small crew. Pumps incessantly suck in the thin mountain air, guide it through a set of instruments that separate it, measure it and analyze it. In the seclusion of the high Alps, the researchers search for thousands upon thousands of different molecules in the air. "A bit as if we were deciphering the DNA of the atmosphere," says the atmospheric chemist Martin Vollmer.

His specialty is looking for new substances in the trace gases in the atmosphere, including the notorious CFCs and chlorofluorocarbons, which are used as coolants and for foaming plastics. The realization that they destroy the protective ozone layer on earth led to the adoption of a milestone in environmental protection in 1987: in the so-called Montreal Protocol, it was agreed across states to regulate the substances and ultimately no longer use them. Substitute chemicals that were found to be just as dangerous to the ozone layer, climate, or both were later blacklisted as well. 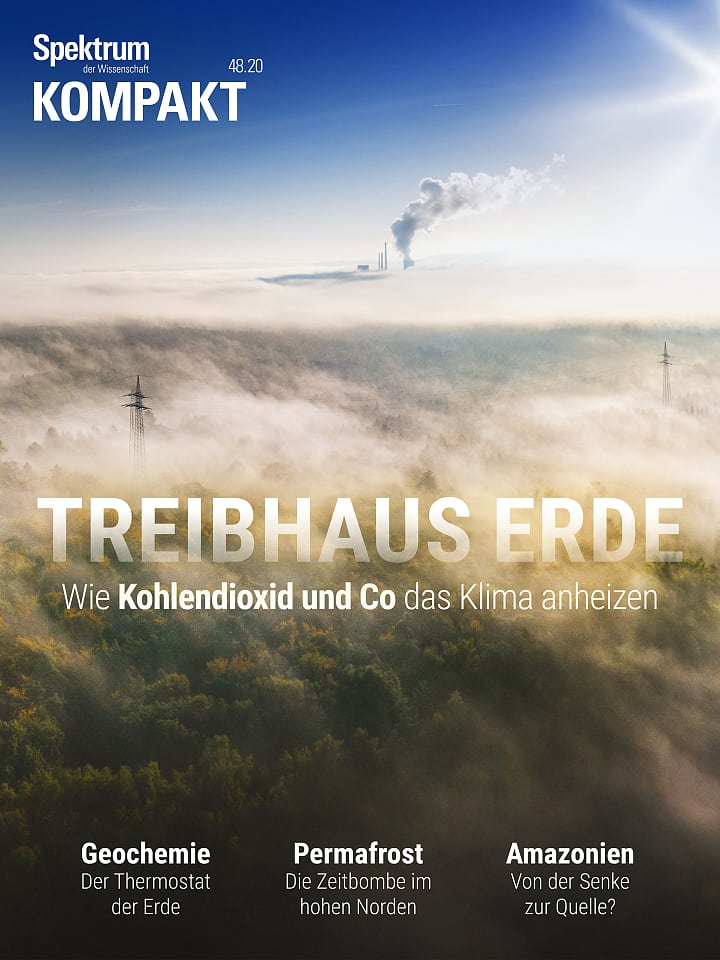 This article is contained in Spectrum Compact, Greenhouse Earth - How Carbon Dioxide and Co heat up the climate

It is up to researchers like Vollmer, who, as part of his atmospheric research at the Eidgenössische Materialprüfungs- und Forschungsanstalt (Empa) in Dübendorf, also investigates CFCs, to ensure that the states are fulfilling their obligations under the treaty. "This is detective work," says Stephen Montzka of the National Oceanic and Atmospheric Administration (NOAA) in Boulder, Colorado. "Our job is to determine whether things are developing the way they should."

For many years all they had was good news for the world. The concentration of CFCs and other dangerous substances decreased continuously. According to many researchers, it was the greatest environmental protection achievement the world has ever seen.

In May 2018, however, Montzka published a strange abnormality in his measurements: The values ​​of one of the most dangerous ozone killers, trichlorofluoromethane or CFC-11, fell more slowly than expected. Could it be that companies evaded the ban and still produced CFC-11? “It was the most surprising and shocking thing I have experienced in my entire professional career,” says Montzka.

Jen Morse also knows: It doesn't work without a walk in the fresh air. Once a week, the research assistant at the University of Colorado goes to a small green hut in the Colorado mountains. Your destination is the Niwot Ridge. It lies in the so-called Front Range of the Rocky Mountains. In the summer, Morse can drive a part of the six-kilometer route, but she only walks the last 1000 meters. In winter she has to climb 3523 meters on skis. On her back: four large gas bottles.