A barcode scanner is a data collection device used to capture and read barcodes. This type of scanner is used, for example, at the supermarket checkout, in the logistics of deliverers or in warehouse management. In the case of barcode readers, there are stationary devices as well as mobile hand scanners, which are used, for example, for inventory. The barcode scanners save a lot of time in day-to-day work; you don't have to enter the barcode manually. There are various scanners in different price ranges on the market. When it comes to barcode scanners, you can roughly distinguish between three types. 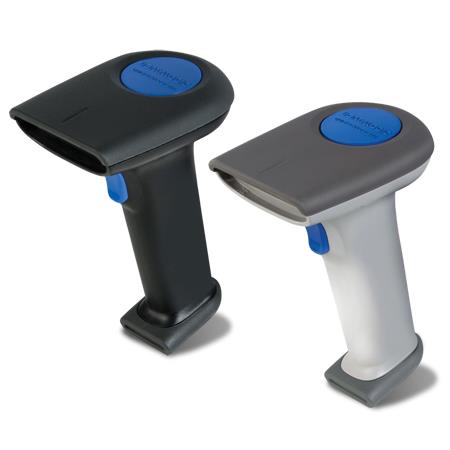 At the CCD scanner the barcode is illuminated by a light-emitting diode. The barcode reflects its light and dark bars onto a CCD or photodiode line. The device deciphers the information of the coding via the lines and gaps. For the reading process to be successful, the distance between the bar code and the bar code scanner should not be too great. A distance of a few centimeters is ideal. CCD scanners are no longer the latest technology in data acquisition devices. The so-called barcode scanners are a newer generation of barcode scanners Laser scanner. With this device, the code is captured using one or more laser beams. The numbers can also be read at a greater distance and at a higher speed. The barcode is reflected more weakly or more strongly by the darker and lighter bars when it is scanned and is read in this way.

The barcode scanners mentioned so far can only read one-dimensional codes (e.g. GTIN, EAN, ISBN). For example, if you want to read a 2D code like the OR code that is widespread today, you need one Camera scanner. The latest generation of barcode scanners is also called "imagers". The barcode is photographed with a small camera, processed by image processing and digitally recorded. These latest generation readers are still correspondingly expensive.

What does a good barcode scanner cost?

There are a variety of barcode scanners on the market. The well-known and leading manufacturers of the devices include the companies GODEX, Zebra Technologies, Datalogic and Honeywell. You get a good barcode scanner from around 45 euros, but there are also cheaper devices. If you buy a larger number of scanners, you will usually receive a small discount. Before deciding on a barcode scanner, you should look at the product description in detail. Pay attention to which barcodes the device reads. Most of the barcode readers on the market should be able to read all one-dimensional codes without any problems. These include, for example, GTIN, EAN and ISBN.

But do you need one QR scanner For the two-dimensional and square Quick Response Code, you need a camera scanner as a reading device. Other 2D codes are, for example, PDF417 (boarding passes in air traffic), data matrix (used in the automotive industry) or the Aztec code (Deutsche Bahn tickets). If you only work with one-dimensional codes such as EAN or ISBN in everyday life, you can, on the other hand, purchase a cheaper barcode scanner (e.g. a reader with a laser).

Handy scanner - the barcode scanner app on the smartphone

In addition to the barcode scanners at supermarket checkouts are today Cell phone scanner widespread. One and two-dimensional barcodes can be captured and read using the smartphone's mobile phone camera. In order to be able to use this function on the mobile phone, you need a corresponding barcode scanner app. Consumers can use the apps to compare prices, read test reports or obtain further information on the products. To do this, simply hold your smartphone in front of the EAN code or QR code to scan it and receive the information you want.

Well-known free apps for smartphones are Barcoo and barcode scanners. The applications are popular and widespread among consumers. Companies have long reacted to this trend. The QR code in particular is becoming more and more popular today on posters, in brochures and on the Internet. This trend is likely to intensify in the future, as almost every cell phone today has a camera with a barcode scanner.