A police officer investigates the connection between the death of a young woman and the explosion of a large-capacity ferry. But why only clear up the case when you can prevent it in the past and still win the lady's heart?

A huge ship explosion. A little later, helicopters are circling over the wreck and the sea, the Navy is in action. Finally Denzel Washington shows up. Again he's a cop in that mix of Al Pacino and Sidney Poitier, with a touch of noir at Carl Franklin. A few scenes later this cop from the alcohol, tobacco and fire department is sitting in an unusual work room. Seemingly improvised and yet futuristic, this place is home to FBI investigator Pryzwarra (Val Kilmer) and a group of elite students. At this point in time, the film's dramaturgical and genre-technical direction seems completely open. 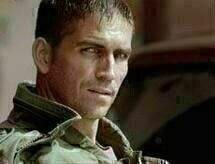 Doug Carlin (Washington) looks at a projection and sees images of Claire (Paula Patton), who has since passed away. His gaze and undisguised fascination are reminiscent of Otto Premingers Laura (1944). There, too, a policeman falls in love with the face of a murder victim. With this reference, director Tony Scott opts for a melodramatic neo-noir. At the same time, this sequence perspectives the topic of central surveillance, with which Déjà Vu - a race against time (Déjà-vu) refers to the tradition of the paranoid thriller. Its last popular outgrowth comes from Tony Scott: Public enemy number one (Enemy of the State, 1998). However, it soon turns out that this is less about video surveillance than a glimpse into the past. This should make it possible to prevent crimes before they happen. The association lies in the staging of the mixer and screen Minority Report (2002) close. In Spielberg's work, too, crimes are to be prevented before the actual act, only at the other end of the timeline: in the future. This is the landmark moment of Déjà-vu.

Since one is now dealing with time levels, the film soon suggests the next logical step: time travel. In this sub-genre of science fiction films, works with cult status are often created, which is particularly true of a number of examples from the 1980s. Either Back to the Future (Back to the future) as well as the unusual theme variation Highlander, both from 1985, resulted in several sequels. Even works as simple as The Philadelphia Experiment (1984) derive their attraction from a certain time color, among other things. You can get more whimsical on just as die-hard fan groups as Terry Gilliams Time bandits (Reference 1981. The classic of the subgenre certainly represents The time machine (The Time Machine, 1960), based on H. G. Wells ’canonized science fiction work from 1895.

Jerry Bruckheimer's production ultimately relies on this reference field, because in fact the idea of ​​sending objects or even people back into the past is at the center of the plot. The special staging challenge is to anchor a futuristic scenario in the now, because even the leap into the past does not offer any visual variety, it is not a past epoch, but only a chronological backdate of a few days. The classic time travel question "how does a certain time plane change when I intervene in it from another?" The resulting changes are often declined in the films, but Scott does not show this in constant variations, but only once, in the finale. A decisive shift in emphasis compared to the literary and cinematic classics, however, lies in dealing with the moral dilemma: Is it allowed to change the past at all in order to affect the present and the future? And if so, at what price? This dimension exists at Déjà-vu barely.

Tony Scott's films are primarily to be understood as rhythmic images, as movement and montage. They hardly recall the origins in painting and photography, as they are omnipresent in the most varied of ways in the compositions of Fritz Lang or Stanley Kubrick, for example. Where the themes and motifs of both directors established themselves in a wide variety of genres, Tony Scott's genre has to adapt to the director and his narrative concept. While he's in man on Fire (Man on Fire, 2004) was able to use the iconography of the exploitation-revenge story as a set of instruments for a roundabout inflation into the intoxicatingly exaggerated epic, the time travel story, however, cries out for a visual idea that is also reflected in individual settings. In contrast to Kubrick, who explored each genre according to its limits, Scott does not seem to be interested in genres and their very own optical repertoire.

But what is the title all about? In the trailer, a voice began to explain the phenomenon. Apart from the repeatedly appearing logo, there can be no question of a continuation in the film, only in the last scene a reference can be guessed. However, if you put the trailer and film in a relationship, you get the definition: Déjà-vu is a delusion.

Since you are already there:

We have a request. More and more people are reading critic.de, but income from advertising is falling dramatically. So that critic.de can continue to exist, we are therefore dependent on you. Already 3 euros are a help! Secure the future of critic.de with us.

Details on transfers and PayPal can be found here.

to the gallery (1 picture)