Why don't they build skyscrapers off the coast?

Vision: 1600 m high skyscraper in the sea off Tokyo

The year is 2045. And we live in the sea. On the top floor of a building 1.6 km from the ground floor. How fantastic is that? For architects quite conceivable, even plannable, as the designs for the “Next Tokyo” project show.

Project Next Tokyo 2045: This is how two New York architecture and engineering firms imagine the urban development of the future in the face of growing mega-cities and rising sea levels. 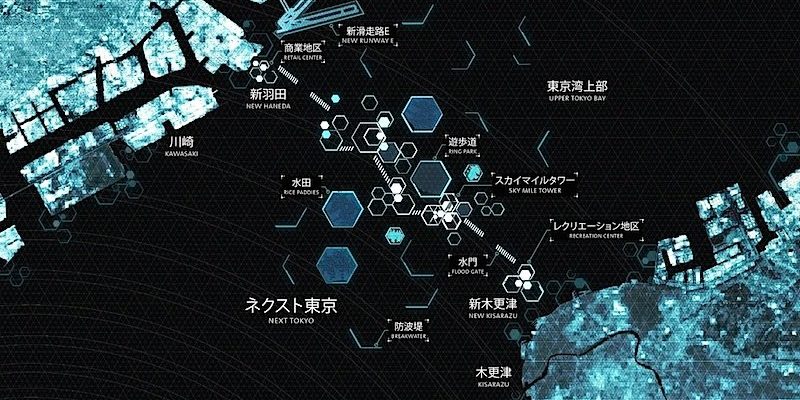 The master plan for the Next Tokyo 2045 project. 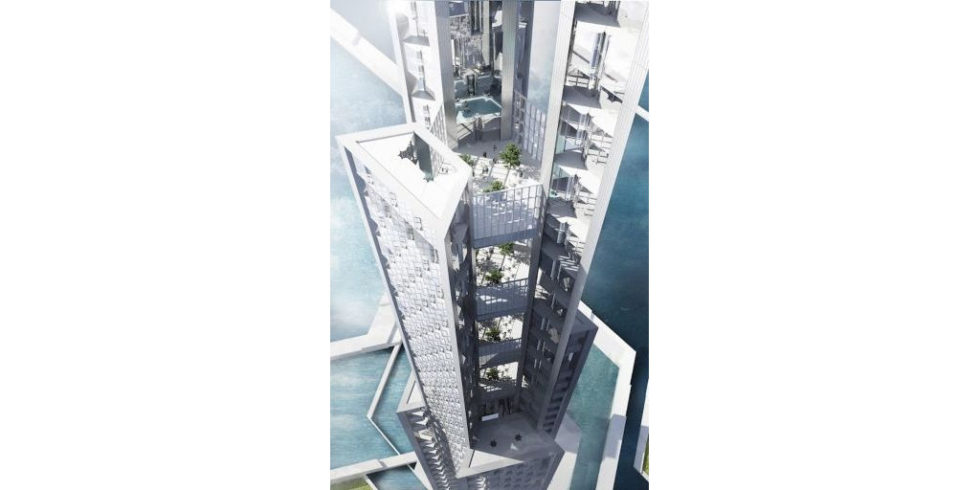 The one-mile-high Sky Mile Tower is part of the Next Tokyo 2045 design.

The district in the sea should also protect the mega-city Tokyo against wind and waves. The Tokyo 2045 project is still a vision. Nobody speaks of the construction yet. But the technologies required for this are being researched further. 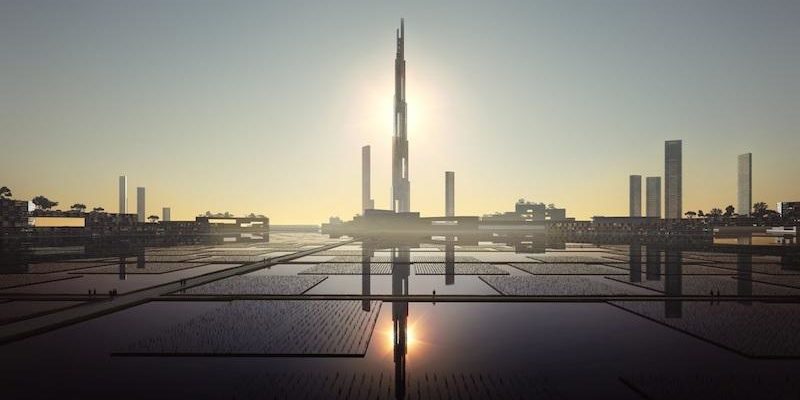 In the center of Next Tokyo is the mega-skyscraper Sky Mile Tower. With a height of 1,600 m, the residential tower would be twice as high as the currently tallest building in the world, the Burj Khalifa in Dubai. Shops, hotels, libraries, clinics and whatever other infrastructure is required for the total of 55,000 residents.

Rising sea levels, growing mega-cities, ecological sustainability: these are issues that city planners will be more and more concerned with. The vision that the two architects Kohn Pederson Fox and Leslie E. Robertson have developed for Tokyo Bay is intended to solve these problems. In the center is a gigantic skyscraper with a height of 1,600 m.

There are no quick solutions to the specific problems that - not only - will be facing Tokyo in the next 30 years. With this in mind, the team of architects turned the big challenges into big plans.

Hexagonal ring structures form the basis for the new district

And there are enough challenges in Tokyo. The city with over 9 million inhabitants is part of the world's largest contiguous urban area and is also located in one of the most active earthquake zones in the world. There is also the risk of typhoons and rising sea levels, which are becoming problematic for the flat coastal areas around Tokyo Bay.

The architects appropriately located their vision of a new district in Tokyo in the bay, at a 14 km wide area. A series of hexagonal ring structures with a diameter between 150 and 1500 m are to be created there and they have very different functions. So they can serve as growing areas for algae for the production of fuel and fresh water reservoirs. They offer space for recreational areas with beaches and low buildings.

And they should also function as breakwaters and could be connected to one another in the event of a storm surge. Otherwise the passage would remain free for shipping. A tunnel system is to connect the two coasts and simplify the routes for commuters.

Twice as high as the Burj Khalifa in Dubai

With all the islands, the new urban area in the bay will have a size of 12.5 square kilometers, around a quarter of which will be land area gained. At the center of this Next Tokyo is the mega-skyscraper Sky Mile Tower. With a height of 1,600 m, i.e. one mile, the residential tower would be twice as high as the currently tallest building in the world, the Burj Khalifa in Dubai.

Shops, hotels, libraries, clinics and whatever other infrastructure is of course provided for the total of 55,000 residents. For the fresh water supply, the height of the tower should be used to the extent that the moisture from the surrounding clouds is captured and distributed on the facade, mainly by gravity.

The shape of the mega-skyscraper is based on a hexagonal floor plan and consists of several structures, each with three parts. These support structures are staggered and vary in height between 60 and 90 floors, so that instead of a closed structure, a filigree-looking building with regular openings is created. The necessary connection is established every 320 m over several floors with central places and the connections of the elevators and stairwells.

Wind is more dangerous to the building than earthquakes

This structure was largely determined by the design requirements that result from the forces of the wind. Although the giant tower is to be built in one of the most seismically active areas on earth, the wind forces that act laterally on the building would still be stronger than the potential earth movements.

The architects tested various tower models in the wind tunnel and came to the conclusion that a shape with openings and bevels offered the least possible surface for the wind and the dreaded turbulence could not arise. The tower would be built primarily from concrete and steel, whereby the concrete takes the heavy loads and offers the necessary rigidity, while the steel struts on the inside connect the structures with one another and make a certain mobility possible.

The architects also had to come up with something new for the transport system, because conventional elevators are out of the question because of their huge loads - the cables are the heaviest. 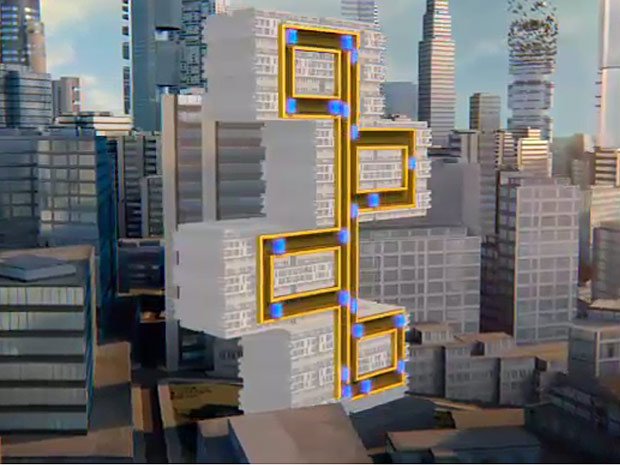 ThyssenKrupp is working on a completely new lift technology in which the movement takes place on several axes. Without cable. The free-floating transport capsules are sent through the building by means of magnetic force in several circuits and in one direction each.

An inquiry at ThyssenKrupp should provide the solution to the transport problem within the skyscraper, because the group is currently developing a completely new lift technology in which the movement takes place on several axes. In this wireless system, the transport capsules are sent through the building in several circuits and in one direction each by means of magnetic levitation.

ThyssenKrupp wants to test the new technology in a 244 m high elevator tower in Rottweil. It is the tallest building in Baden-Württemberg. Here you can read how the new elevator technology works.

Do you know the tallest buildings in the world? Here you are.