What is the shape of happiness

Rest in yourself, to have arrived at yourself, to be comfortable with who you are. A ‘that's how I am’. The highest form of happiness.

Easily said, because we're talking about positive self-esteem here. Self-worth. But not done that hard, because we can actually do something. And not with the one gigantic step, but in many small steps and with a good measure of courage. But more on that later.

Let's take a closer look: People develop positive or negative feelings about themselves based on their self-concept and their experiences of self-efficacy. These “feelings of self-worth” arise from the positive or negative evaluations (“Sure, I didn't make it, I'm just stupid!”) - in self-talk or triggered by comments from friends, partners, colleagues ...

We allow ourselves to be “made small” so easily, but we should give everything to protect our positive self-worth, because it supports the mental health and motivation of people. The opposite - a “feeling of worthlessness” (Rosenberg) - undermines mental health and willingness to be active (fear of failure, depression, etc.). In good German: positive self-esteem: healthier and full of power - negative self-esteem: well. And then also this: A negative self-esteem often goes hand in hand with the devaluation of other people and behaviors, since the self should be protected through appreciation and "overestimating oneself". “Overconfidence” or the devaluation of other people can therefore be understood as compensation for a weak ego.

If we want to support our students in building a positive self-esteem, the concept of the American psychologist Nathaniel Branden can be helpful. In the nineties he developed the six “pillars” of positive self-esteem: living consciously, self-acceptance, self-responsibility, self-assertion, alignment with goals, personal integrity.

All in all, a daring undertaking, because if it were all risk-free and simple, it would hardly make us feel good. But interpreted as a maxim for one's own actions, it becomes clear that the defense of self-worth also has to do a good deal with opposing the currents: Live openly, consciously, take responsibility for yourself, assert yourself - if it is really important, Having goals and living in harmony with one's values ​​- sounds strange in times of the most frictionless “condensation of work”. Who can afford such self-strengthening antics in times of effectiveness and efficiency management? And so we come quite frankly to Erasmus von Rotterdam, the clever theologian, philosopher and humanist. He already knew around 1500: “The highest form of happiness is a life with a certain degree of madness”. Let's go crazy. 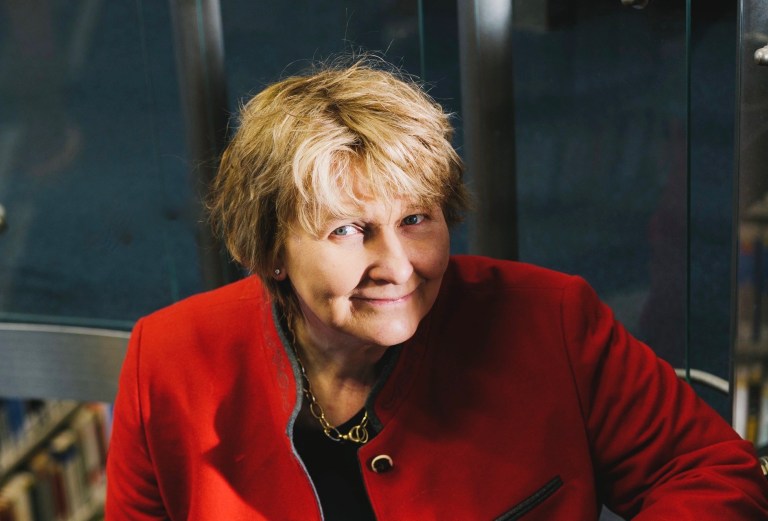 Prof. Dr. Michaela Brohm-Badry is a learning researcher at the University of Trier with a focus on motivation and positive psychology, author and keynote speaker. She is President of the German Society for Positive Psychological Research (DGPPF).

Stay up to date with the free Spektrum.de newsletter - five times a week from Tuesday to Saturday!
<?