Why is gun control difficult

"Made in Brazil" - that could be read on some of the tear gas capsules that the police fired at the demonstrators during the recent protests in Turkey. Two years earlier, when the "Arab Spring" came to Bahrain and citizens took to the streets against their government, the Brazilian flag could also be found on the products used by the police. But Brazil not only has "irritants" for use against demonstrators, but also deadly weapons in its offer for foreign interested parties.

Brazil is currently the world's fourth largest exporter of light weapons. According to the Brazilian Ministry of Development, Industry and Foreign Trade, sales of small arms - such as rifles, shotguns and pistols - rose 36 percent in five years: from $ 201 million in 2007 to over $ 315 million in 2012.

Not least because of a series of political decisions, especially during the military dictatorship (1964-1985), Brazil developed into one of the largest small arms producers and exporters in the world. The government later also supported the arms industry. In 2008, the then Brazilian President Lula launched the "national defense strategy" which was intended to modernize the military. Among other things, the government wanted to expand the domestic armaments industry - with a restructuring and modernization of the factories, with a tax exemption and a number of measures by the "Bank for Economic and Social Development" to finance projects. 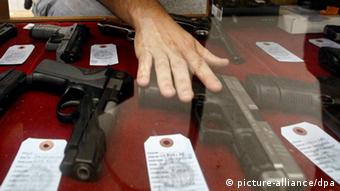 The US exports most of the world's small arms

The largest purchaser of Brazilian small arms is the USA, followed by Estonia, Singapore and Belgium. However, the Brazilian government has already made attempts to expand the market to Africa and the Middle East - where there are countries where the requirements for armaments are more modest.

Germany ranks 7th in the "customer list": In 2012, Brazil sold small arms to Germany for 8.5 million US dollars. A decline has been recorded: in 2011 it was still 24 million US dollars. Conversely, Germany also exports weapons to Brazil. For example, the G3 rifle from the German weapons manufacturer Heckler & Koch is used by the Brazilian Air Force, while the PSG-1 model from the same company is used by the military police in Rio de Janeiro.

The scientists of the Swiss research project Small Arms Survey estimate that international small arms transfers bring sales of at least 8.5 billion US dollars. However, they emphasize that the "reluctance" of many countries makes it difficult to publish precise data on arms exports and imports. Brazil, for example, discloses its total exports, but does not disclose any more precise data on which weapons were sold and in which year the transactions were made. 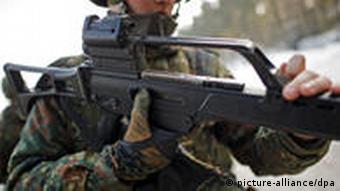 Small arms: easy to sell, difficult to control, claim the most victims

This means that Brazil is not only one of the leading small arms exporters worldwide, but also one of the countries that act with the highest level of secrecy. It can never be said with certainty whether the weapons will go to countries that respect human rights - or to regimes that are considered authoritarian.

"This information is very important because triangular deals are not uncommon on the international arms market. This means: A nation sells weapons to a country that has a good reputation in international trade. The country only acts as a middleman and supplies the weapons Another country that violates human rights, "explains Bruno Langeani, arms control coordinator at the" Sou da Paz "institute, which works to prevent violence in Brazil.

In addition to concerns about guns falling into the wrong hands, there are also concerns about the ability of buyers to control their arsenals. "If there are no such controls, the weapons can end up in the hands of terrorist groups, criminals or dissidents. The country's control capability must therefore also be taken into account in the transaction," says Langeani.

The National Association of the Arms and Ammunition Industry (ANIAM), which represents the industry and trade in arms and ammunition from Brazil, did not want to comment on these criticisms to DW.

Light in the dark soon? 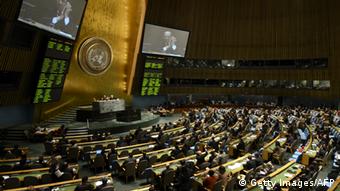 At the UN Assembly, the Arms Trade Control Treaty was passed

At the beginning of June, Germany and Brazil were two of the first countries to sign the arms trade control treaty approved by the UN General Assembly in April.

"Greater transparency in the Brazilian arms trade could mobilize the population of other countries where it is also not clear what the heads of state are buying and from whom," suspects Maurício Santoro of Amnesty International in Brazil.

Now the Brazilian National Congress has to examine and approve the treaty so that it is valid for the country - which could happen in this or the next session. "We propose that the treaty be seen as the basis in Brazil. That means that the country can do even more," emphasizes armaments expert Bruno Langeani.